In Banos, about half of the shops are restaurants. Once or twice a day we went looking for a place good enough to eat at, and almost all of the food at the restaurants tasted horrible.

We looked and looked for a place that looked like they had nice people, nice food, not too expensive and an awesome name, and finally we came across one. 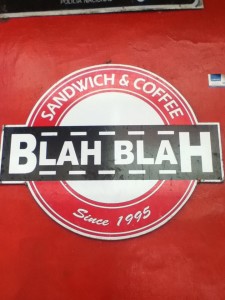 Right down the road from where we were staying, called Tamara hostel, there was a café one block away called Café Blah Blah.

Café Blah Blah is one of the three best Café’s in Banos, not because of the looks or the food (although I have to say the food was the best also) or the name but because of the people that work there. 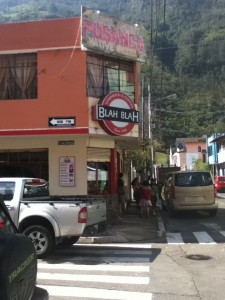 Each time we went there, we had a tuna sandwich and a blackberry juice called jugo de mora, and if we were lucky we would bring our computers for free internet to research for school and sometimes play a few games afterwards.

After going three or four times we began to become really close friends with the staff and of course they spoke Spanish, so we couldn’t understand them fully, but it was fun to try anyway.

On the last morning we decided to try something new so I, Braden, and Lara got a pancake each as well as a juice for breakfast before we had to get a bus to Tena. 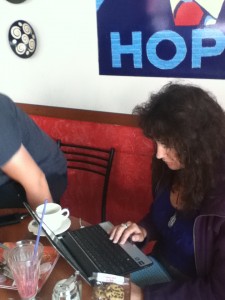 When we told them this was our last day here, we decided to get her email and take a few photos of the place and us with them.

When we left we bought a few packs of homemade  chocolate chip cookies, and gave them a nice tip for all the great service they gave to  us, it takes a lot of hard work to feed this family of five! 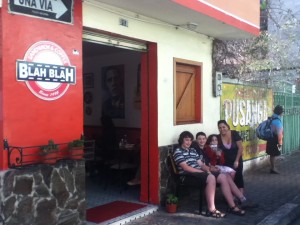