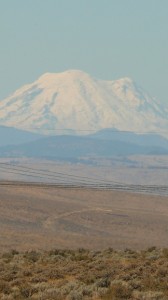 Driving to Seattle was a two day affair. On the second day with Mt Olympia in the distance we pulled into a rest stop while the car cooled
down.

It seemed it was just hanging on to get there. We had rung Astara and she had offered us to stay at her son John’s place again which was wonderful news for us! We didn’t know our next move but we had to offload the motorbike and trailer at least. 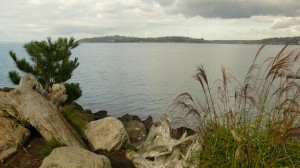 We couldn’t believe it when we saw Astara driving right behind us as we drove closer to his apartment! For that to happen in a City that big, it was Divine Timing at work again! So we were in the right place at the right time. Great! 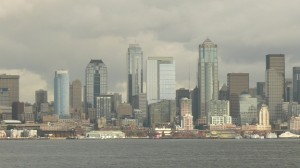 It was so nice to be out of the tent and on a bed at night.
The kids of course enjoyed living like normal people again too. It was so nice to be able to cook for ourselves and in such a beautiful location.  We loved being on Alki Beach and were extremely grateful to be there. Taking the bike and trailer away to be sold on consignment was easy but we still had the car to deal with. We weren’t sure what to do with it – it needed an oil change at least! It had worked hard taking us from Miami to Alaska and back down Canada to here in Seattle.

Astara loves getting out of the City, and she whisked us away to Winthrop and Leavinworth for the weekend. It was great fun. 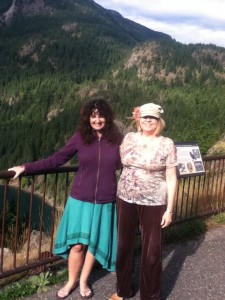 Winding through the beautiful Cascade mountain range we were delighted as it was a blue
sky and no wind at all. Very pretty! David had driven through a year earlier and had strong winds to contend with. Stopping in Winthrop we wandered around town before the shops closed. 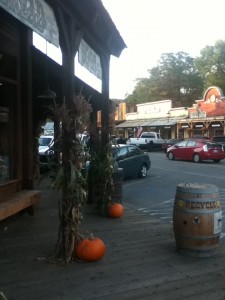 It was a cowboy looking place which had a distinct old worldly feel to it. 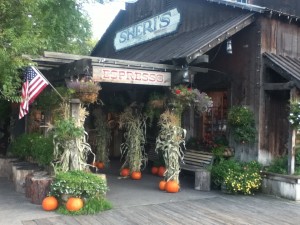 Years ago the town had taken good advice and themed the whole town. It was now a very popular tourist spot and I can see why!

David and Alistair had passed through there more than a year before on their bikes and had a coffee. We had a nice dinner out together in town before we all we jammed into a cabin at the KOA. It was so good to have a heater in this cold! 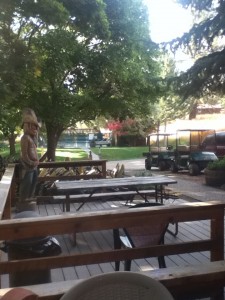 The stars were magnificent that night. A hot air balloon woke us up going overhead in the morning! 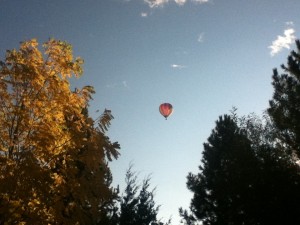 We had to leave early but it is a lovely camp to spend time at if you get the chance, the ladies in the office are very friendly!

The country was quite beautiful and before we left the area we went up to the Sun Mountain Lodge for a look. 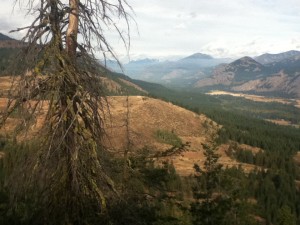 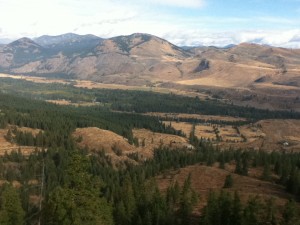 With great views and some terrific artwork on display, we spent an hour chilling out in the lounge before taking off again. 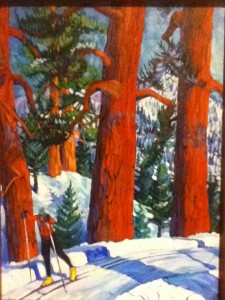 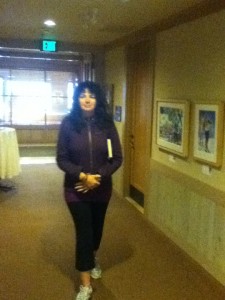 The area was very similar to Central Otago in New Zealand temperature wise so there were quite a few orchards and grapevines around. Everywhere you look fields of golden grasses and lots of mountain peaks.  I really liked it – a painter’s paradise!

It’s always an adventure with Astara. Passing by a Lake she suddenly remembered she had friends who had retired there recently from Seattle
and took the time to connect with them. Getting directions we all piled into their house overlooking the best views and to top it off the local golf course!
They graciously welcomed us all, and we sat outside in the sun having coffee and biscuits. They were good friends as she had looked after Astara’s children for years and made Astara promise to bring John up next!

An hour or so later we were all off again arriving in Leavenworth with the whole town bursting with people. 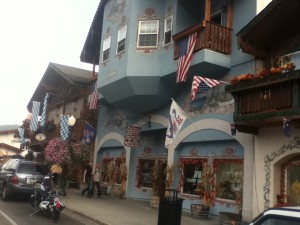 This was a Bavarian themed town and you guessed it, it was “Octoberfest” just as they were celebrating in Germany; it being October and all! Flower boxes, bands, German sausage, pretzels and sauerkraut on offer. 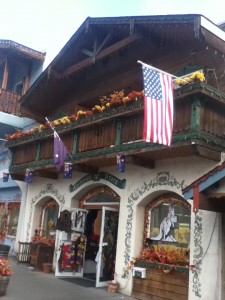 We had our fill of German food before wandering around the town. The market and band playing were lively and of course all singing and dressed in costume! Hard to believe we were in America! After a few hours and the sun going down we pushed on again to get back to Seattle, it wasn’t that far but it takes an hour in the traffic.
It was fun and full on weekend!

The rest of the week we spent organizing ourselves and our gear. With the trailer gone we had far too much to possibly take with us. We
decided to give our camping gear to Astara to lighten the load and threw away as much rubbish as we could. It was time to “let everything go” yet again!

Traveling in the car and trying to see so much in such a short time had taken its toll. We were buggered and complete couch potatoes!
David and I absolutely loved walking along the beach every day building our fitness back up. We watched movies and actually cooked real meals again. To a family on the road for a while it was sheer bliss and we really appreciated it!

Thinking someone else was coming to stay at the apartment for a while we cleared and cleaned the whole place up and piled up the car to drive
down to Olympia. Astara had mentioned us to some friends of hers there and they had offered us to stay! Yay! Finding out on the drive down there that the girl coming to stay at John’s had found somewhere else and the apartment was available was rather funny as we had worked hard at cleaning it all. It certainly seemed like we were meant to be meeting this next couple Jerica and Sean!

Of course we all liked them both immediately! Fellow travellers who have adopted two dogs and two cats; all with different issues too! These were special people. We met Sean’s sister Nicole the next day and the kids got on with her like a house on fire as well! 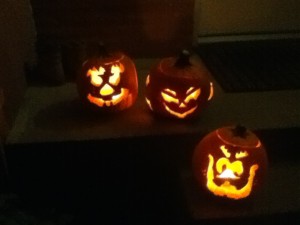 We hung out going to the market trying smoked cheese and chilli jam and bought pumpkins for the kids to
carve while we made pumpkin soup together. 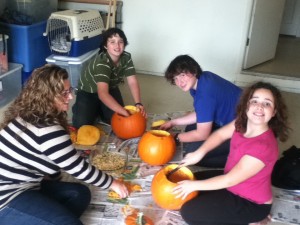 Heading back to Seattle for another few days we returned to spend the Thursday with them and went to Mt Helens. Ironic as Sean had done a
project on it at Intermediate not knowing at the time he would visit, or did he?

Climbing into Ape Cave and exploring its depths was also fun and a day we will always remember. 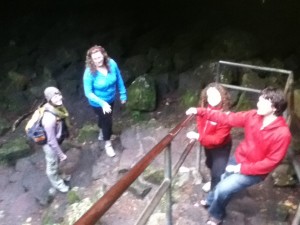 The park was really pretty and we were lucky
enough to see a beautiful sunset on the mountain. Not a cloud in the sky! 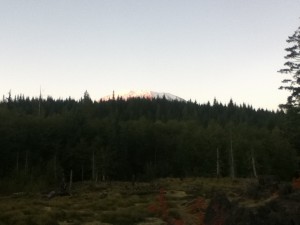